Falmata A, 15, holds her two-year-old daughter, Aisha, inside an IDP camp in Maiduguri, Nigeria, April 20, 2019. She was abducted by Boko Haram when was about 10 years old in Bama Local Government. Two years into living in Sambisa Forest, she was raped by a BH fighter, then six months later, was forced to marry another fighter. She escaped the forest while she was pregnant. Her father rejected her and Aisha telling them a BH wife and a child. She remarried an IDP man at the camp, but she said he beat her over financial dispute and now disappeared. 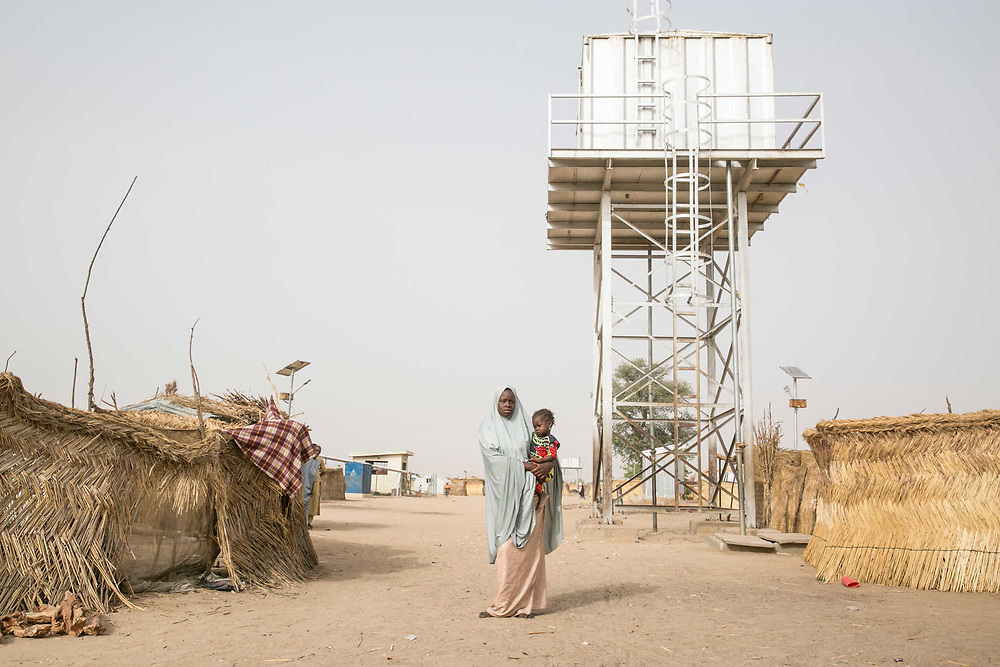