Kakahaijja, 18, left, and Aisha B, 15, right, head back to the IDP camp they stayed after fetching the firewood in the bush in Maiduguri, Nigeria, April 23, 2019. Kakahaijja was persuaded by her brother who joined Boko Haram to marry a fighter, and left home in Konduga Local Government with him and his friend in 2015. She was raped by a fighter upon arrival, then brought to another man to marry. She spent two years in the forest before being rescued by the Nigerian Army. Aisha B was abducted by her older brother who joined Boko Haram in 2015 in Banki District, and spent three and half years in Sambisa Forest. At the age of 13, she was forced to marry a 45-year-old commander who already had three wives and three girlfriends. She was rescued by the Nigerian Army that attacked their enclave. 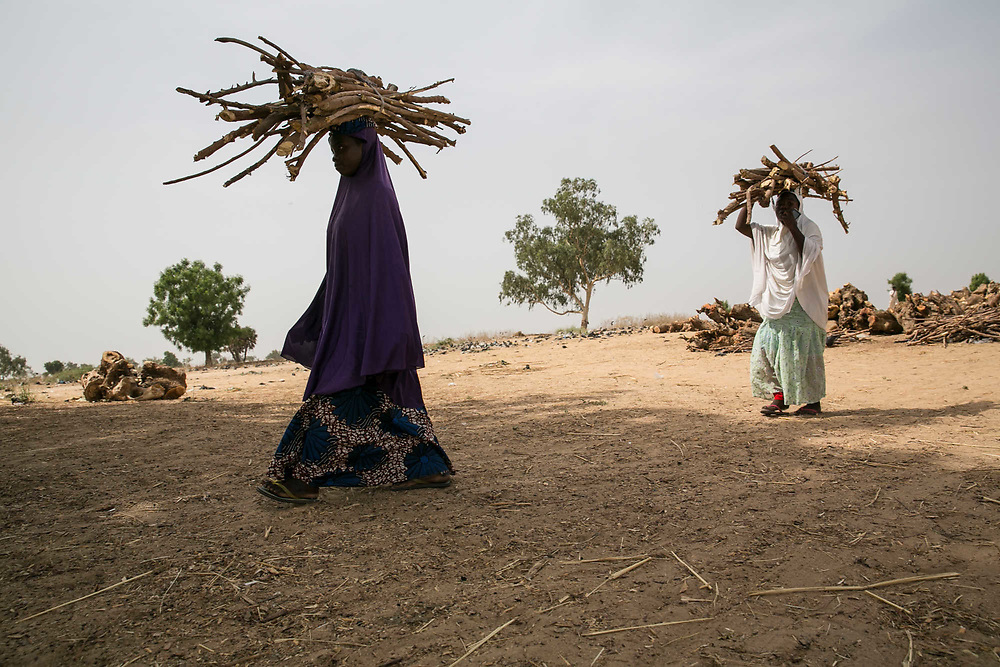