Anek Grace, 30, a former girl soldier and sex slave, looks at the solar lamp inside her hut in Gulu. She was abducted at eight in Palaro village when a team of 100 LRA soldiers attacked in 1995. She was too young to be assigned to a husband, so LRA waited until she became ten years old. She was raped by lieutenant as he put the pistol on the bed and tied up her hands. She stayed in LRA for 12 years and gave birth to a daughter in 2005. Now she makes bags at an NGO, WEND Africa, and does sawing during her breaks. 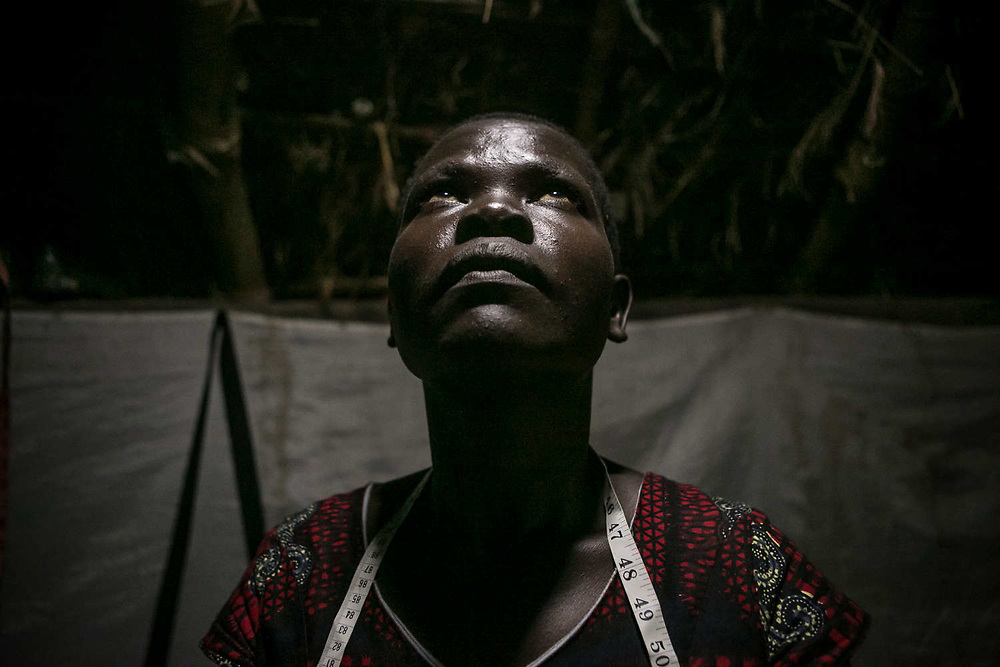