Aneno Margaret, 37, a former girl soldier and sex slave, sits in her hut in Gulu. She was abducted at the age of 11 in Acholi-bur village and was assigned to a commander two years later who had 13 wives. She also started a military training at that time and spent eight years as a soldier. She gave birth to two daughters in the bush. When she was 19 years old, a mortar attack at the frontline hit her arm and the chest, resulting in the amputation of one arm. After discharged from the hospital in Uganda, she was raped by a civilian and gave birth to a daughter, and one more daughter from a new husband. She sells bananas in downtown Gulu to support herself and the children. 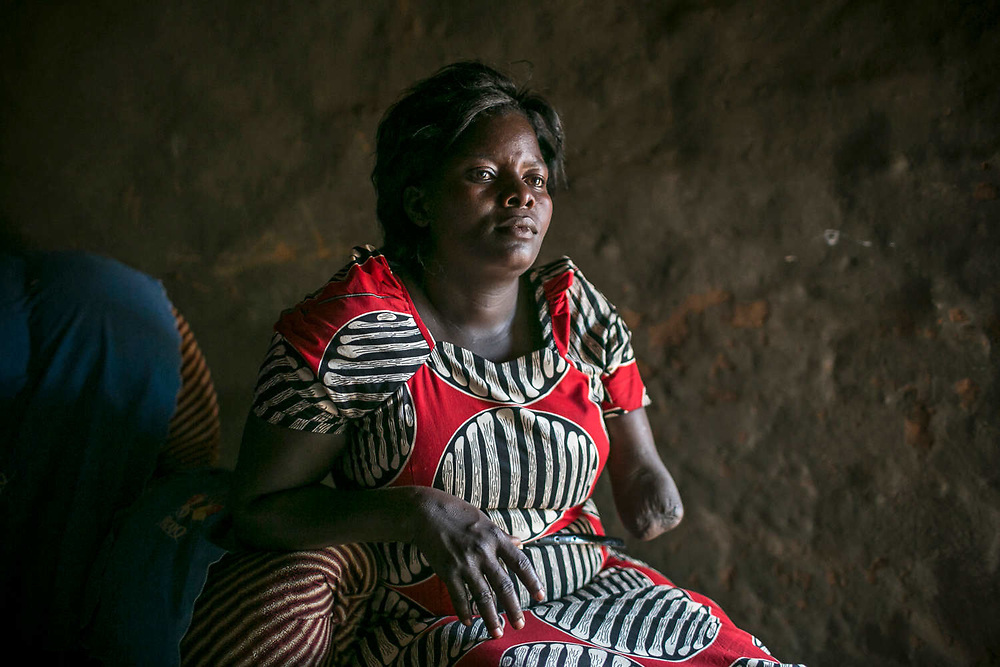