Amina, 15, center, reacts after a doctor injects a syringe for blood test for syphilis and HIV at a hospital in Maiduguri, Nigeria, April 23, 2019. Amina, who was blind and forcibly married to another blind man inside a Boko Haram camp in 2015, was raped by an IDP man after she escaped and settled in an IDP camp in the outskirts of Maiduguri four days before this photo was taken. The man was arrested, but he was soon to be released by a bail. Amina said, "I just want justice." The results of the blood test for both diseases were negative. 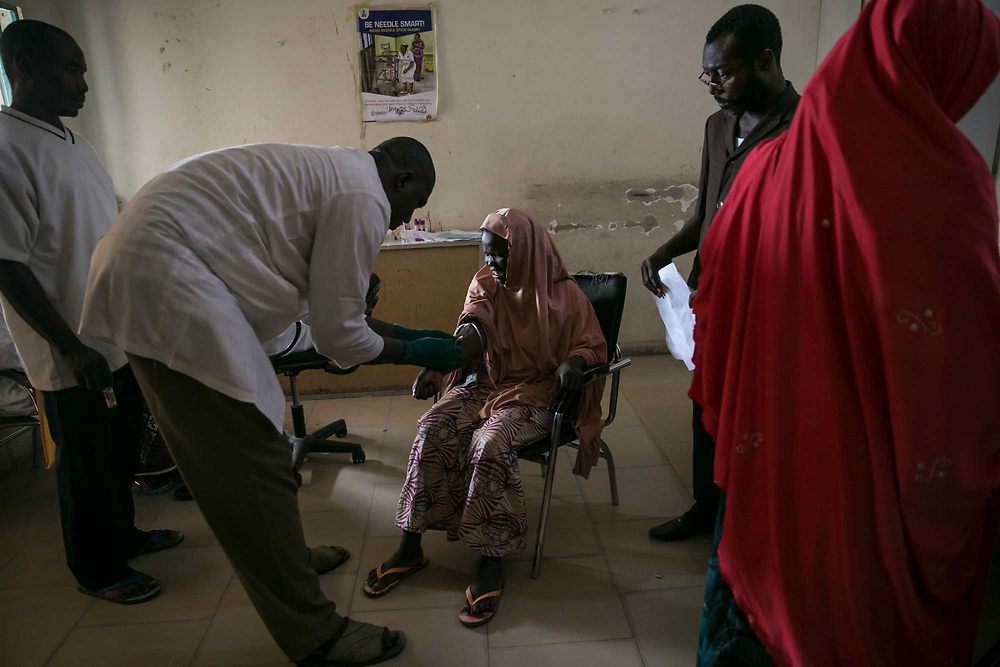