Aciro Scolvia, center, about 39, and Acheng irine, about 34, right, former roommates of St. Mary's school in Gulu, ride on a motorbike taxi together in Gulu town. They were both abducted by LRA forces in the middle of the night when they were about 13 years old and were assigned to commanders six months later. Scolvia became the third wife and Irine became the 7th wife of different commanders and gave birth to children from each man. After they escaped separately, they reunited at a vocational center called GYDA and received job training as a building painter. 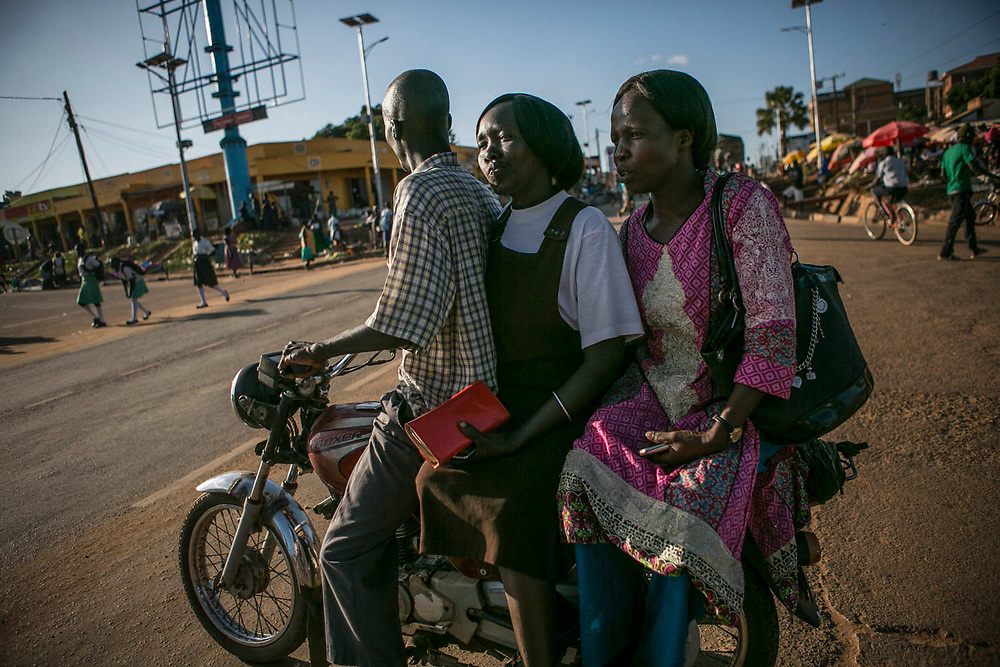