Kaltum, an older sister of Zainab, 24, holds Zainab's only remaining picture outside her relatives' house in Maiduguri, Nigeria, April 30, 2019. Kaltum said Zainab was abducted by Boko Haram four years ago in 2015, and stayed in the forest for nine months. After being discovered by a passerby on the streets of Mubi Local Government, the family discovered that she lost her consciousness and suffered from mental disorder. Zainab never told anyone about what had happened. The family admitted her to the psychiatric center in Maiduguri, but her symptoms did not improve. On a February afternoon, she vanished from the relatives' house and has been missing since then. 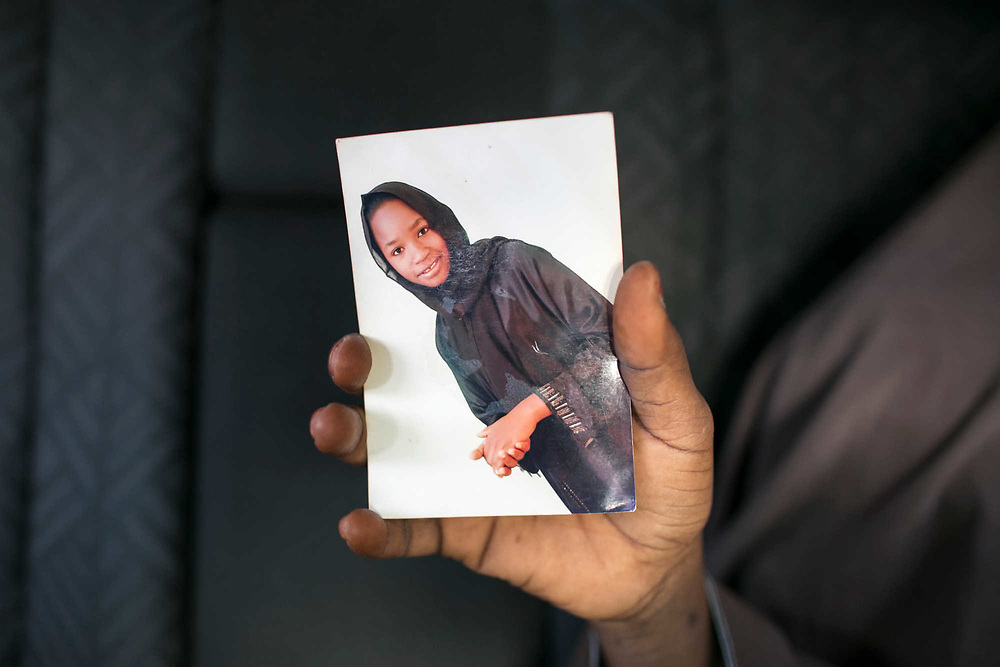