Harriet makes a pot of beans for ten people in her household: her eight children, herself, and an orphan. They don't eat breakfast and eat the pot of beans in midday. Harriet was abducted by LRA at the age of eight in Wiiagwem village in Lira District, and spent 13 years in the bush as a girl soldier and a sex slave. she said her husband, a captain in charge, had four wives. She gave birth to two children in the bush and later had six more from the new husband. The new husband rarely stays with her. She sells boiled corns to support herself and children. 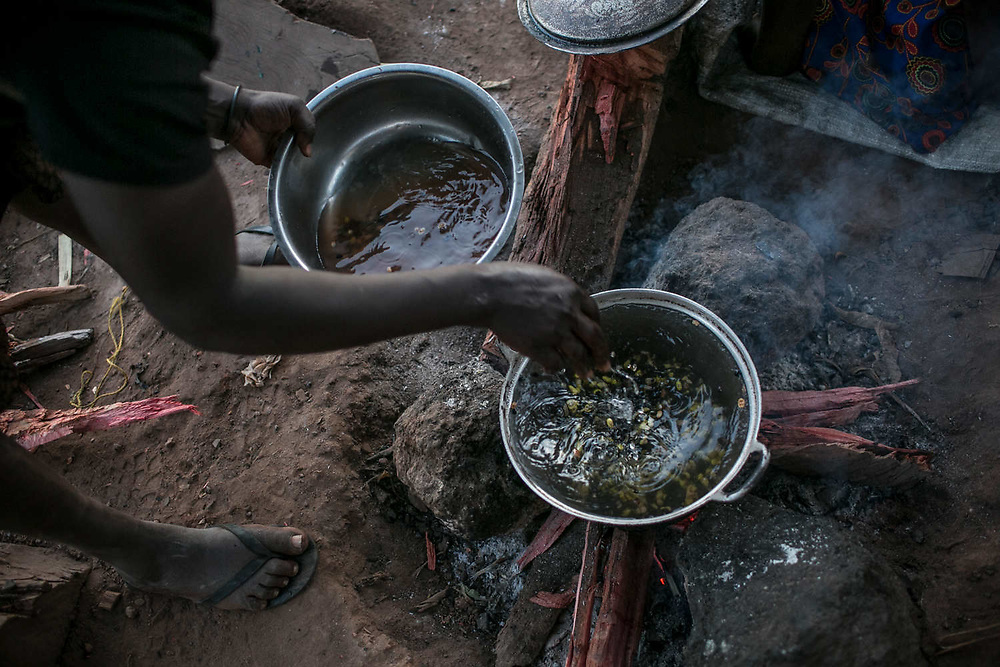